On many vegetable farms, the season of spring fieldwork has already begun. 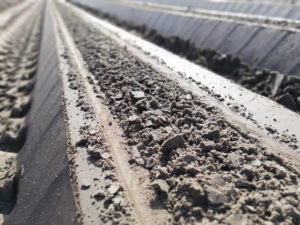 It mostly applies to producers who cultivate varieties of vegetables intended for early harvest.  The second group consists of people who sow seed species resistant to lower temperatures or with a long period of seed emergence. However, there is no doubt, that soon, a whole group of farmers growing vegetables on the ridges will move to the fields. As soon as the drops of water moisten the soil a little more and the rays of the sun warm it up, the farmers will begin their work on a whole scale.

In March and April, root vegetable producers seed mainly carrots, parsley, parsnips, and red beet. The technology for growing these vegetables may be different. Depending on the preferences of farmers, vegetables are sown both flat and on ridges or beds. However is worth saying, that growing vegetables on the ridges or raised beds gives a greater possibility of obtaining long and shapely roots. This in turn raises the final price of the product as it can be sold to the fresh market. The appearance of the product is very important to the consumer and it’s not news. Carrots or parsley must be long, shapely, and cleared. The customer will not even look at a product that does not meet the quality standards. That’s why the producer needs to choose this type of cultivation technology. It allows for achieving satisfactory results.

WHO GROWS VEGETABLES ON THE RIDGES?

Among the vegetable producers who chose the cultivation of vegetables on ridges is Mr. Łukasz – the resident of a village near Lublin and the owner of approx. 40 ha. farm. One of the key activities of his farm is the cultivation of root vegetables. He started his adventure with vegetables about 10 years ago. Mr. Łukasz focused on the cultivation of roots vegetable for the industry. Before harvesting, the farmer cuts the leaves and then digs up the roots. In the next steps, carrots and parsley go to the processing plant. There, they are processed, among others for juices and a mix of vegetables. These, as consumers, we willingly take from the store shelves and enjoy their taste at home. 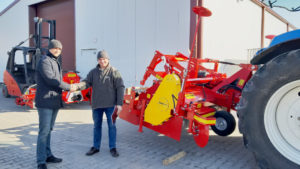 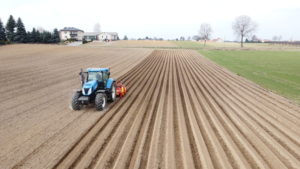 WHAT ARE THE FIRST STEPS OF THE PRODUCERS IN THE COMMODITY PRODUCTION OF VEGETABLES?

Each producer certainly has a different experience about the beginnings of producing vegetables or generally running a farm. In the 21st century, the machine park is certainly a common point for all farmers.
It is the ground on which you can build your farm’s reputation. Own machinery base gives the producer independence and increases the competitiveness of the entire farm.
Time always plays a key role and this is also true for agricultural production. For this reason, before a farmer decides to grow a specific crop, he usually first supplies himself with the appropriate equipment.

This is confirmed by the example of Mr. Łukasz, who from the beginning focused on independence when it comes to equipment. The producer started with the purchase of a ridge forming machine and a pneumatic seeder. He chose machines produced by WEREMCZUK FMR. 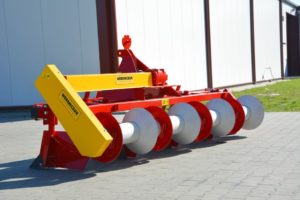 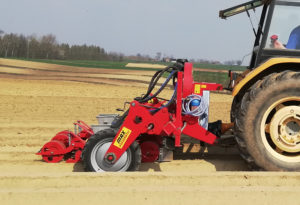 DEVELOPMENT OF FARM AND MACHINE PARK 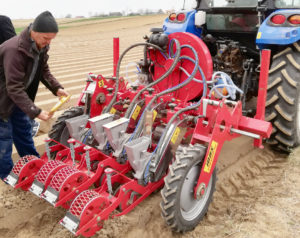 Along with increasing the acreage or changing the sowing structure, it often turns out that our machinery park is insufficient. Then it is necessary to modernize the equipment.

This is exactly what happened in the case of Mr. Łukasz’s farm. For several years, the producer was expanding your own machinery park. He bought incl. additional sowing sections for the MAX PNEUMATIC seed drill. Last year, the customer decided to simplify the ridge forming and sowing process. Mr. Łukasz bought a ridge forming machine AUR (version adapted to aggregation with a pneumatic seeder). This time he also chose the machine produced by WEREMCZUK.

RIDGE FORMING AND SOWING WHILE ONE PASS OF  TRACTOR

As Mr. Łukasz says, it was a very good decision to buy a 4-row ridge forming machine, adapted to aggregation with a pneumatic seeder. Currently, the farmer, at the same time, can make two agrotechnical tasks.  He makes them with one pass of the tractor. This solution significantly reduces the time needed to perform each one’s work and lowers fuel costs. 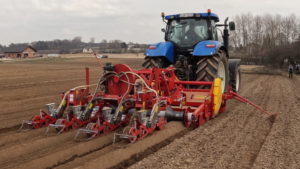 These issues are particularly important, especially in the case of farms with large cultivation areas. The owners of several or several dozen hectares of farms must plan all fieldworks very precisely. The more so because the weather is also of key importance in plant production. Sudden intense rainfall or strong gusts of wind, which are not uncommon in the spring season, can change all previous plans in the blink of an eye.

DEVELOPMENT IS THE KEY TO SUCCESS

There are probably no people on over the world who would disagree with the thought: “Whoever does not develop, retreats”. It is of course also valid for the agricultural sector.
Farmers of the 21st century must be up to date with all technical innovations and constantly increase the competitiveness of their farms. This is the only right direction that allows you to quickly adapt to changing conditions and thus stay on the market.

We are glad that our clients, whose example is Mr. Łukasz, also identify with the above mentioned. statement and choose our machines for the development and modernization of their farms.

Zarządzaj zgodami plików cookie
On this website we use cookies to provide services at the highest level. Some cookies are essential for basic functions and the website cannot function properly without them. We use others to analyze traffic on our website, offer social functions or personalize content and ads.
Click "Accept" if you accept ALL cookies. Detailed information You can find here
Manage options Manage services Manage vendors Read more about these purposes
View preferences
{title} {title} {title}